Painting is dead | No it´s not, but some try it hard.

Out there there´s a never ending debate started long time ago (see this Constructivists exhibition in 1921) proclaiming the death of painting. While reading a Gerard Richter’s interview where he agrees with this, I said to myself, why would a consummate painter like Richter (top selling living artist) say this?. Let´s try to figure it out….. 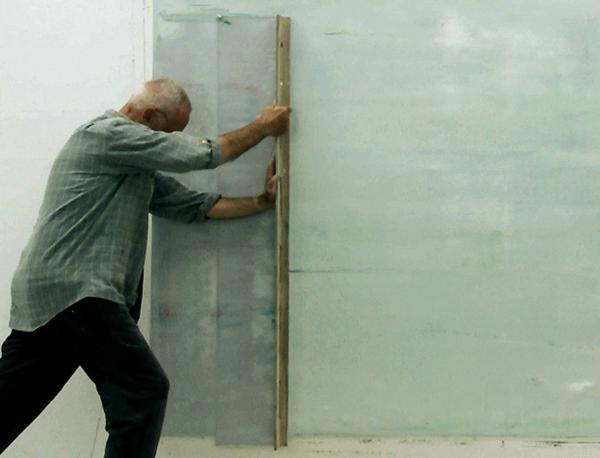 Painting as it was is obviously dead.  Anything that has already been done or said is dead in terms of innovation (because it already exists). I´m sure you agree with this. Repeating or copying makes no sense (unless you are rooky artist needing some practicing). Artists and painting, like any other career and occupation, need evolution or they´re dead.

Who are the ones that proclaim the death of painting? My online investigation shows that there are “art gurus” who do it (or did it). They need (it´s their job) to be controversial. Then we have “professional  art market manipulators” who may need this to happen in order to make their stock painting value grow (scarcity increases prices)….

Besides the two above, we have some art critics that mention it while explaining new contemporary artists creations. An example of this happened with Angela de la Cruz´s works.

There are some contemporary artists like her whose creations have been explained (and not by themselfs) in terms of the death of painting. The art made by Angela de la Cruz is simply brilliant but it´s not painting, it goes beyong it though the materials she uses (canvas, broken frames, acrylics, oils) are part of the final outcome. What she makes is an acute and evolved game. By the way, I´m not a contemporary art collector, but if I was I would consider adding one of Angela´s de la Cruz creations to my collection. It´s an art that also generates reflexions (and this is not a common thing to find).

So, why insisting in the death of painting?.

Some time ago (around the en of the sixties), Jorge Oteiza, one of the worlds most trascendent sculptors ever, decided to quit sculpting. After emptying and synthesizing all of the unnecessary parts of his metahphisical cases, what was left was simply nothing. Hence, he concluded that sculpture was dead. Maybe this was true for him, but not for some contemporary sculptors such as Richard Serra (who has stated that Oteiza´s creations and ideologies were key for him) who used Oteiza´s thoughts and went one or many steps further.

The above is a must have book if you want to get a wide perspective of Richard Serra works. Click the image for further information.

Artists need to commit themselfs to evolving painting. Art schools, cultural institutions, contemporary galleries have to properly do the same and help artists go further (doing so, they help themselfs survive). As Barcelona´s painter Xavier Ribas commented in my last post about Richter´s art auction prices, “the importance realies on what painters (and artists) say, and not on how they say it.

Imagination, study, practice, strong believes and artist´s commitment are keen. We will evolve while we keep them. Believing we can move ahead is key to the future of painting. You can use classical school techniques or innovative ones (this is not the important thing). Commitment and message are. Painting is painting and it will last if we want it to. Painting icons such us Richter that have already made it (and the reasons behind their success are beyong their creations and themselfs) should motivate new painting generations. This should also be their commitment with society.

Make this debate more interesting and add your thoughts right below.

I always try to attribute images and videos to their creators. If there is something misattributed or you would like it to be removed, please contact me.

6 Responses to "Painting is dead | No it´s not, but some try it hard."